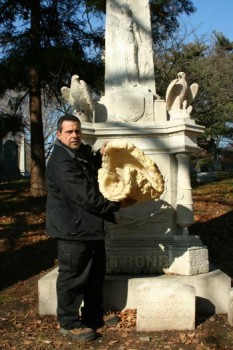 The Green-Wood Historic Fund’s Restoration and Preservation Program is truly cutting edge. No other cemetery in America has as active and as wide-reaching a program.

Headed by Frank Morelli, it has rebuilt entire monuments with pieces dug out of the ground or molded as needed. It has restored wings and hands to angels. It has cleaned and polished.

Frank Morelli, the leader of Green-Wood’s Restoration and Preservation Program, with a mold he made to create two eagles for the monument to Civil War Major General George Crockett Strong. It was Strong who led the brigade attack at Fort Wagner, near Charleston, South Carolina, that is depicted in the movie Glory. The famed all-black regiment, the 54th Massachusetts Infantry, was part of Strong’s brigade. During the attack, Strong was shot in the leg. However, it did not appear that his wound was serious. He was sent home to recover, but contracted tetanus and died the day that Congress approved his promotion to Major General. 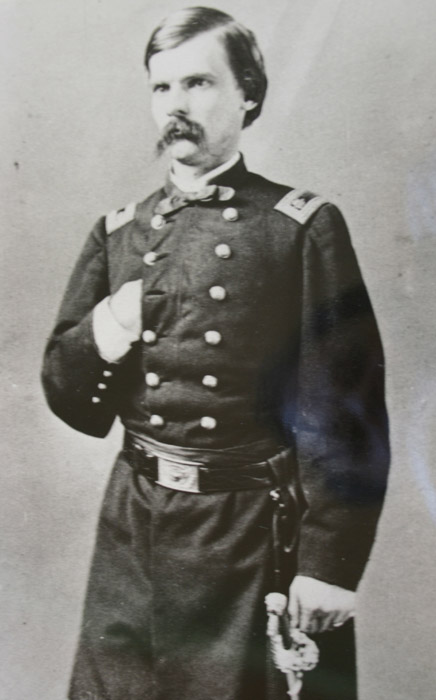