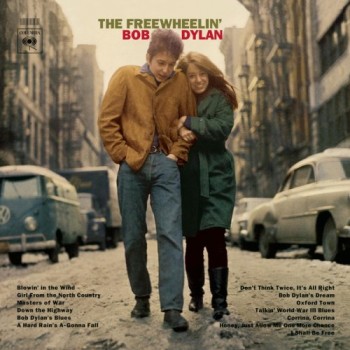 Though few would recognize her name, she did have her moment of fame. From 1961 into 1964, she was Bob Dylan’s girlfriend. She is the woman, with Dylan, on the cover of his album, “The Freewheelin’ Bob Dylan,” released by Columbia Records in 1963. In 1962, she went off to study at the University of Perugia in Italy, and Dylan wrote two love songs inspired by her leaving: “Don’t Think Twice, It’s Alright” and “Tomorrow is a Long Time.”

I’m walkin’ down that long, lonesome road, babe
Where I’m bound, I can’t tell
But goodbye’s too good a word, gal
So I’ll just say fare thee well
I ain’t sayin’ you treated me unkind
You could have done better but I don’t mind
You just kinda wasted my precious time
But don’t think twice, it’s all right 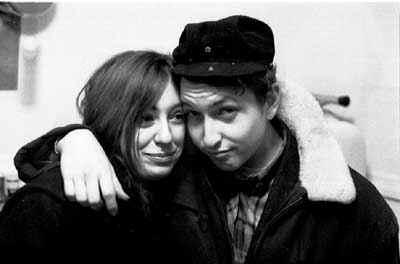 Rotolo, a self-described “red diaper” baby–her parents were radicals–had strong political views, and those greatly influenced Dylan’s early songs. Her book, A Freewheelin Time: A Memoir of Greenwich Village in the Sixties, was published in 2008. She was long active in civil rights work and taught at the Parsons School of Design. She was 67 years old.