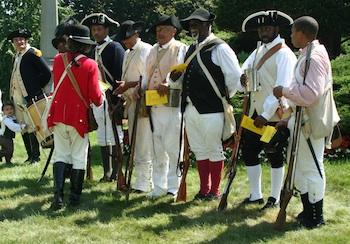 The Battle of Brooklyn was a big deal. Occurring on August 27, 1776, just weeks after the adoption of the Declaration of Independence, it was the first battle of the new nation. And, as it developed, it was the largest battle of the entire Revolutionary War in terms of soldiers gather on or about the field of battle. General George Washington, having driven the British from Boston, had brought his Continental Army and state militiamen down to New York City. He had about 20,000 men in fortifications around Brooklyn Heights as he awaited the attack of the British armies that had been gathering for months. British forces, including a Hessian army, totaled about 30,000. On August 27, that attack came. And much of the fighting occurred across the grounds of what would become, 52 years later, The Green-Wood Cemetery.

Before the battle, General Washington rode out on the high ground to observe the British forces, gathered to the south. We believe that the hill that he used for his observations was Green-Wood’s Ocean Hill. It was down Martense Lane, now Border Avenue in Green-Wood, that a detachment of British General James Grant’s forces marched. It was at the Red Lion Inn, located at what is now the southwest corner of Green-Wood. that the advance guard of the invader met Delaware militia, and blood was shed. 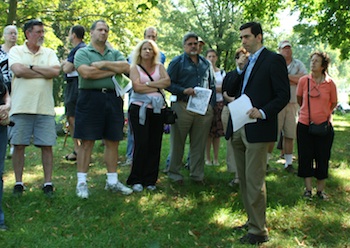 Green-Wood’s annual commemoration of the battle will occur this Sunday, August 29. It begins in the morning with a trolley tour, led by Barnet Schecter, author of The Battle for New York, the finest treatment of this historic encounter, and me. This is always a great tour—Barnet is tremendously knowledgeable. We will be visiting Battle Hill, a patriot position, will drive the attack route of General Grant’s army, and will stand atop Sylvan Bluff, where patriot sharpshooters fired on the British. We will also visit the final resting place of veterans of the Revolutionary War, including an officer captured at Jamaica Pass during the battle, and another who took part in the Boston Tea Party. If you would like to purchase a ticket to the trolley tour, please click here. 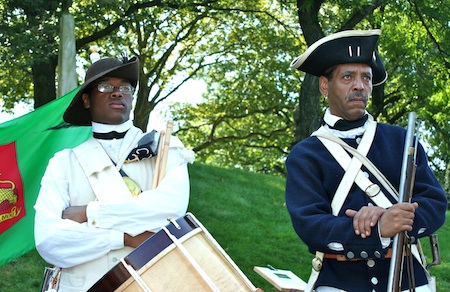 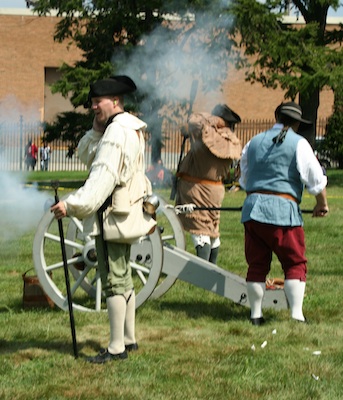 At noon, re-enactors will demonstrate the weapons and tactics of the time. Then, at 1:30 p.m., the Battle of Brooklyn Parade up to Battle Hill, led by the Regimental Band of Merchant Marine Academy, 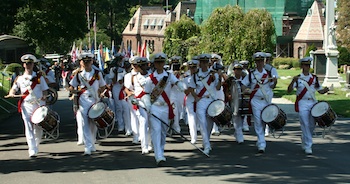 will take place. The parade will be followed at 2:00 p.m. by the Commemoration on Battle Hill, hallowed ground where patriots shed their blood in defense of their new nation.

For more information about the day’s events, click here.