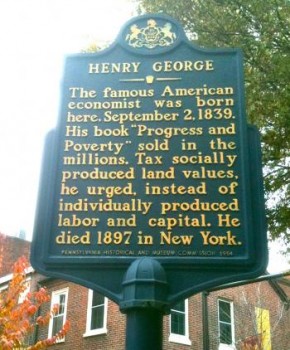 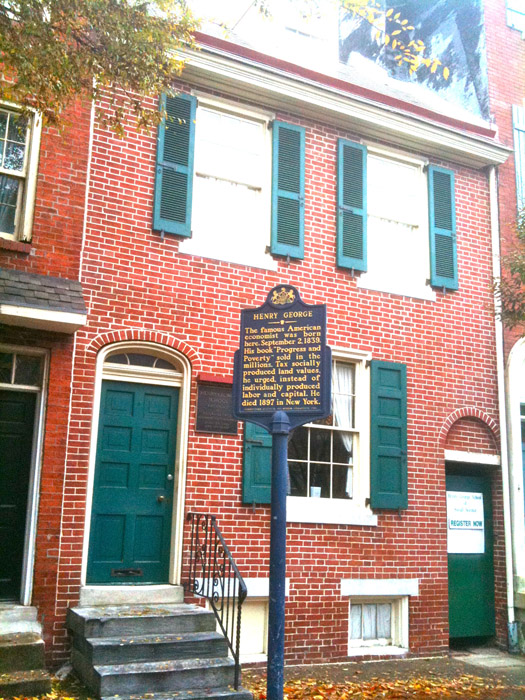 More from the “if I travel, I can usually find something pertaining to Green-Wood Cemetery” files. 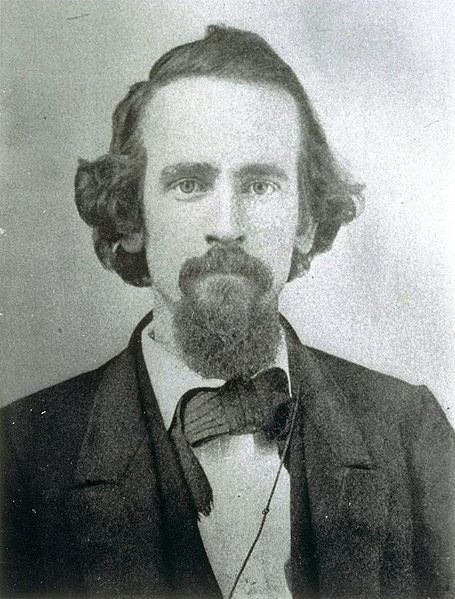 On a recent visit to Philadelphia, we headed off towards the Rodin Museum. As I drove, my friend navigated, with a map on her lap. As we arrived near the museum, she asked me, “Who was Henry George?” The name rang a bell–in fact, he is interred at Green-Wood Cemetery.

So I gave her the one minute summary of his career–working as a printer, about to run out of money, considering crime as the only means left to him to support his family, unable to sell his book to a publisher, got his boss to allow him to set type for his book at night. It became “Progress and Poverty,” published in 1879, offering his idea of a single tax on all land, and the sales of his book rivaled those of the Bible, causing an international sensation. George was one of the giants of 19th century America, a political theorist who became tremendously wealthy, and had a loyal following. George ran for mayor of New York City in 1886, but finished second to Abram Hewitt (who also is interred at Green-Wood). They both got more votes than another candidate, a man by the name of Theodore Roosevelt. George ran for New York City major again in 1897, but died four days before the election. His funeral was attended by 100,000 people.

I thought that this question had prompted by knowledge that Henry George was interred at Green-Wood. But, it turned out, that was not the case. In fact, the question arose because, there on the map of Philadelphia, was “Henry George’s Birthplace.” Well, as you may have guessed, we never made it to the Rodin Museum. Rather, we headed off to discover the house where Henry George was born in 1839, pictured above along with the historic sign in front of it.

Henry George has quite a monument at Green-Wood Cemetery. It was restored recently–several of the bronze pieces were missing. So we used a photograph from a scrapbook of the cemetery, dating from about 1920 to 1950, that I purchased for our Historic Fund collections, to figure out what the monument had looked like. Here’s that photograph and a photograph of the restored monument.. 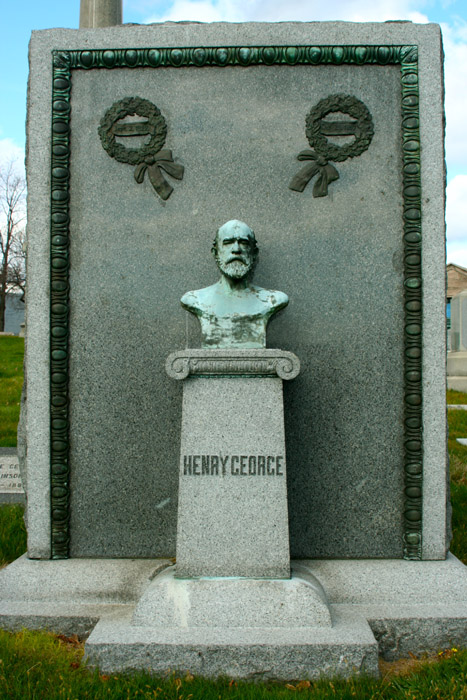 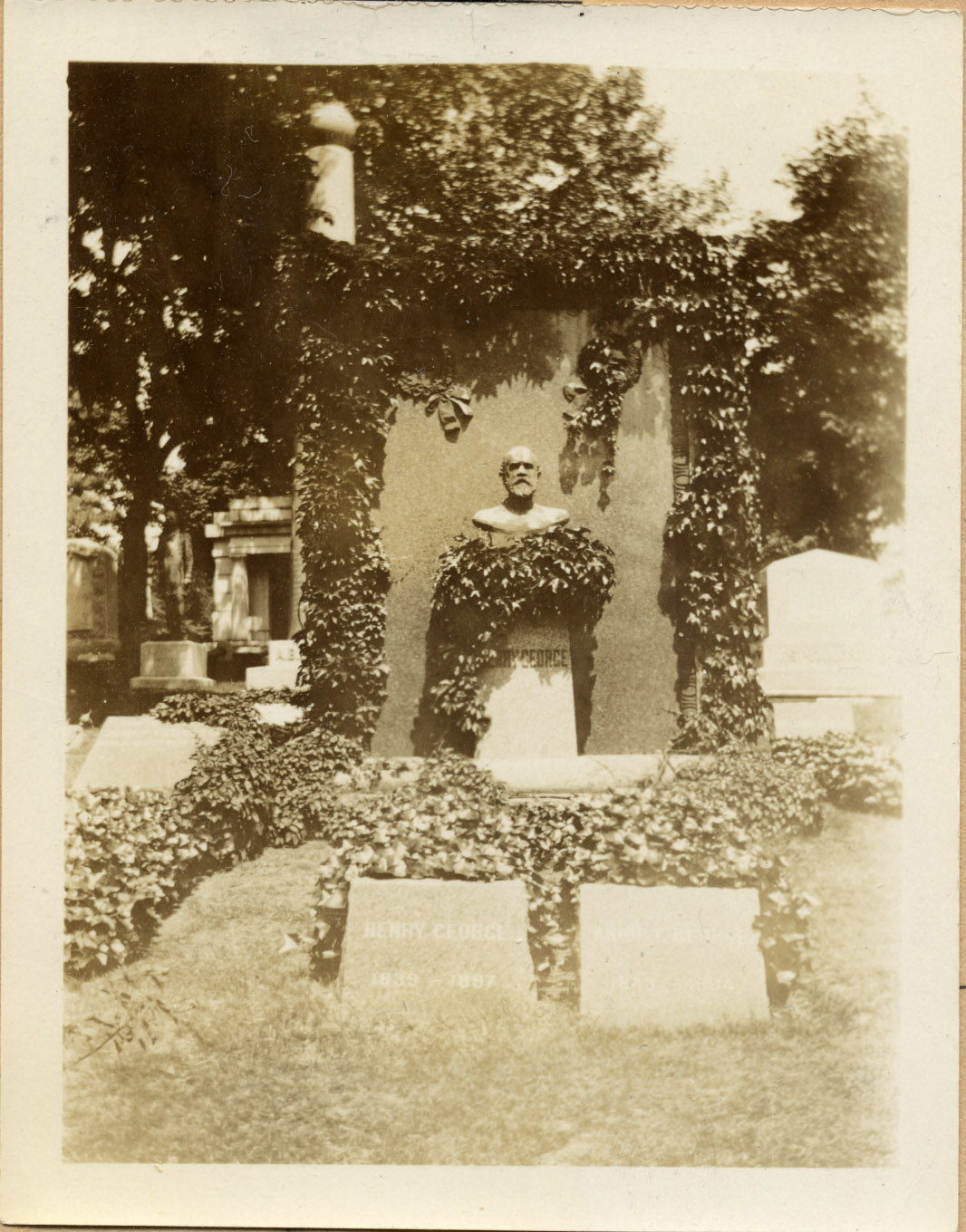 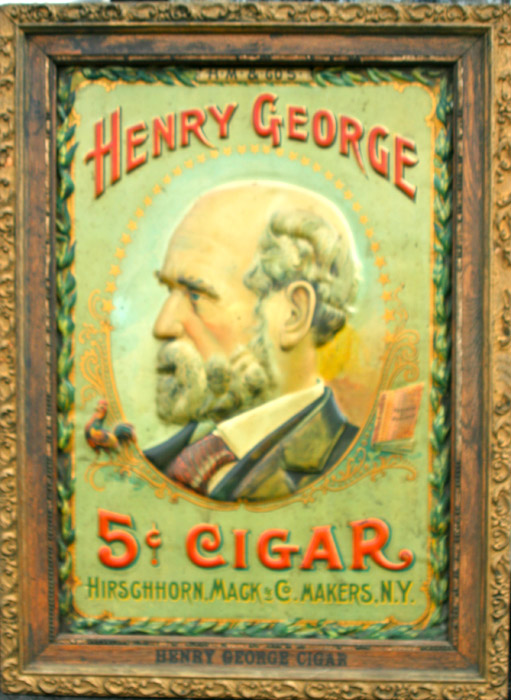 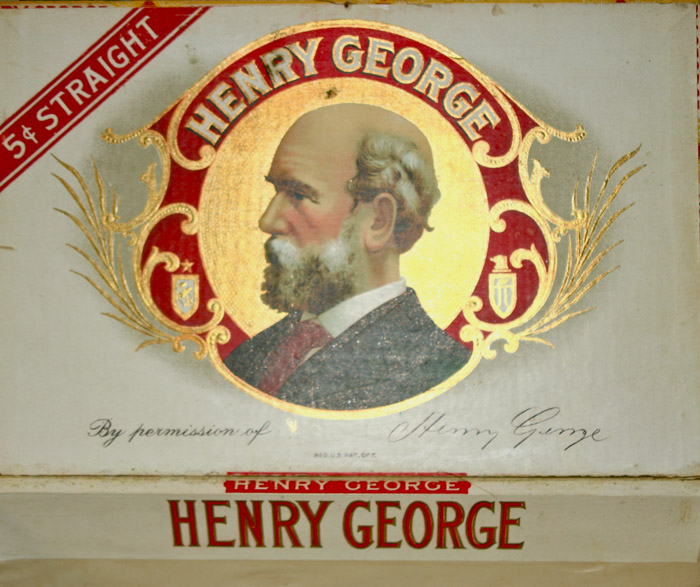 While we were in Philadelphia, we also came across the Curtis Institute of Music. It was there that Leonard Bernstein (1918-1990), one of Green-Wood Cemetery’s most famous residents, studied after his graduation from Harvard. Fritz Reiner, who taught the class on conducting there, gave Bernstein an A–the only A Reiner ever gave in his years of teaching. 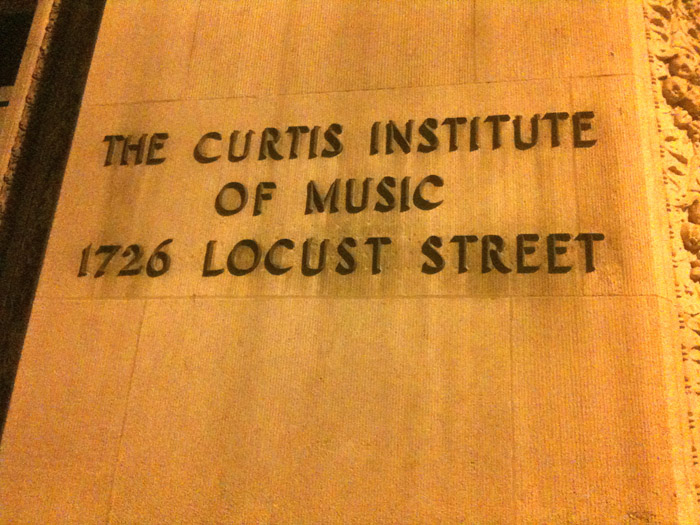 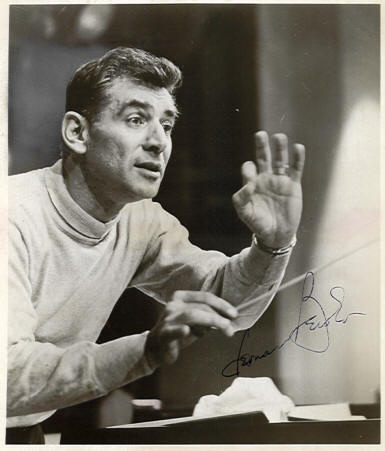