The Green-Wood Historic Fund continues to collect–sometimes by donation, sometimes by purchase. We are approaching 10,000 items–paintings, books, photographs, newspapers, etc., in our collections.

The little I know about them I have read in the Brooklyn Eagle in the 1800s. So I really have little first or second hand knowledge about them.

I decided to donate these pictures and Brooklyn Bridge ribbons, when I found out that I was moving and probably would not have room for them in my smaller home. I had been thinking about donating them for a long time and knew they should go back to Brooklyn. I knew that my sisters and brothers, nieces and nephews did not have wall space for them. I contacted the Brooklyn Historical Society and they suggested Green-Wood, where I think is the best  place for them. I know that my grand father and mother would be happy that you have them for safe keeping. Thank you for being so enthusiastic about having them. 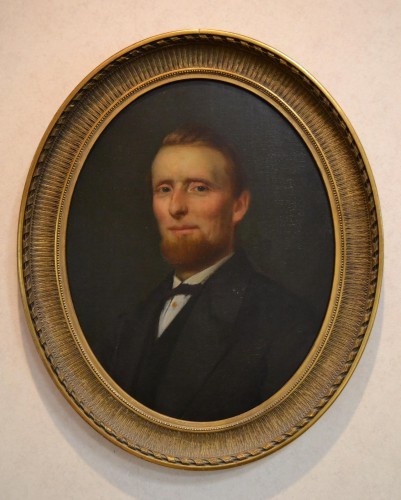 James Howell, mayor of Brooklyn and head of the Brooklyn Bridge. 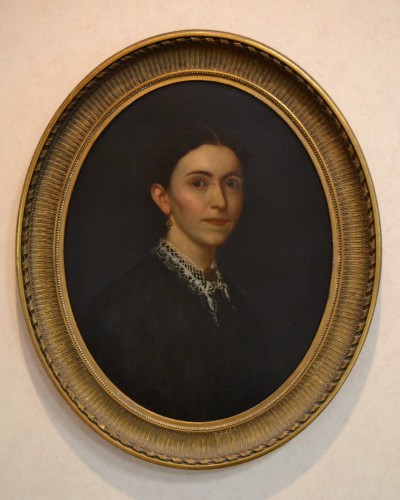 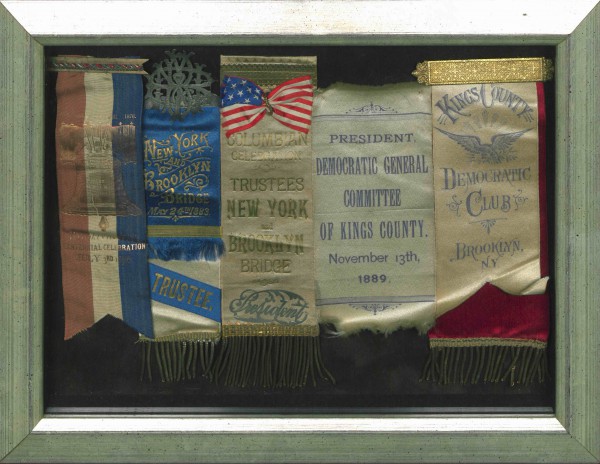 Ribbons collected by James Howell in his capacity as Brooklyn politician and president of the board of trustees of the Brooklyn Bridge.

Born in England in 1829, James Howell, at the age of 6, came to America with his parents and they settled in Ohio. He spent his early years working on his father’s farm, clearing trees with an ax. For a few months in the winter, in a log school house, he received his only formal education. At the age of 16, he came to Brooklyn, worked in a grocery store, then became an apprentice at an iron foundry. He worked his way up to foreman, then struck out on his own with the $225 he had saved to start his own foundry. That company became Howell & Saxtan, with hundreds of employees. 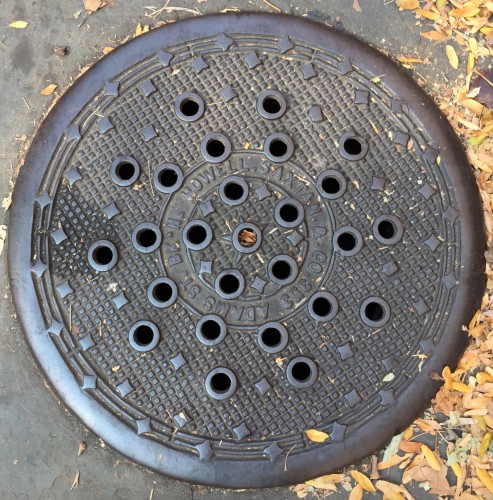 A coal chute cover, on the sidewalk in front of 161 Congress Street, Brooklyn, cast by Howell and Sartain. 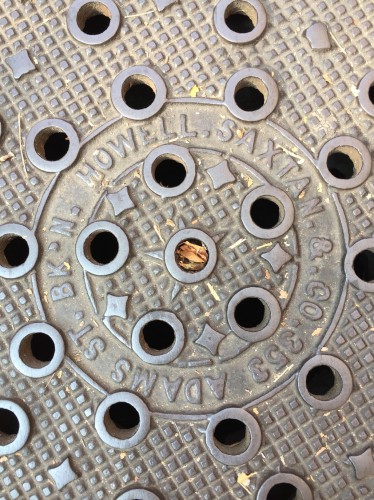 James Howell entered politics in 1864, when he was elected a ward supervisor. He later served as an alderman, then as the 19th mayor of Brooklyn, serving two terms, 1877-1881. He was appointed a Brooklyn Bridge trustee in 1883 and was made president of the board two years later. Though he was deposed for one term, he was re-elected to the presidency and served in that capacity until his death. As the Brooklyn Eagle reported, “he was most energetic and industrious in introducing every possible modern improvement on that structure and took an active and leading part in planning the recent improvements in the shape of the new terminals and electric motor cars.”

Upon James Howell’s death in 1897, municipal flags in Brooklyn were lowered to half staff. Giant flags, 40 feet across, were flown from each of the Brooklyn Bridge’s two towers in honor of its late president. At the Brooklyn Bridge’s office, his portrait was twined in ferns and the chair he had occupied at trustees meetings “was carefully turned around and left unoccupied during the day.” 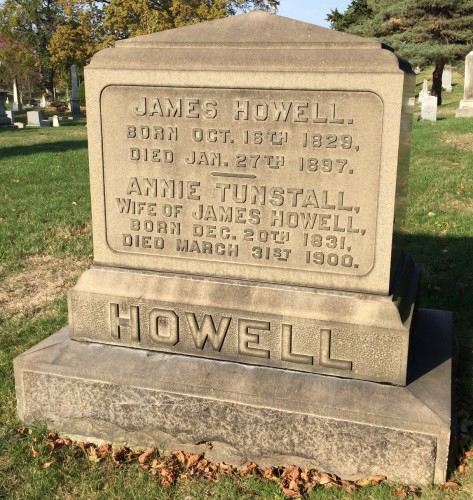 Many thanks to Linda Welsh for her generous donation. These items will help Green-Wood tell Brooklyn’s story.

4 thoughts on “Our Latest Donation”