COVID-19 Update: All entrances open daily, main gates from 7am - 7pm (click for details)
Mark Their Graves
By Jeff Richman on May 23rd, 2013 in Green-Wood Historian Blog, Uncategorized  |  8 Comments

As Memorial Day rapidly approaches, we think of the men and women who have sacrificed so much in service to this country. We honor their service.

In 2002, we launched Green-Wood’s Civil War Project. We wanted to identify and locate the graves of Civil War veterans who are interred at Green-Wood. 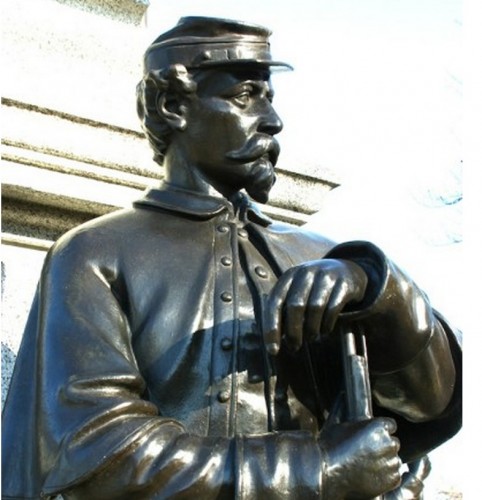 The Civil War Infantryman at Green-Wood.

And, over the years, as hundreds and hundreds of volunteers have worked on this, we have made remarkable discovery after remarkable discovery. First, we started out hoping to identify 500 Civil War veterans. But, we have gone past 5,000 now–including 75 Confederates and women who served as nurses, as well as abolitionists, equipment manufacturers, and more.  And, we are amazed at how many of these men–2000 of the 5000–a full 40%– were in completely unmarked graves. They had nothing marking their final resting place–their name was nowhere to be found!

So, that’s where the Veterans Administration came in. For more than a century, the United States government has run a program to mark the unmarked graves of our veterans. But, something went very wrong recently. A year ago, the VA started enforcing an ill-conceived regulation that limited those who could apply for a marker, on behalf of a long dead veteran lying in an unmarked grave, to a direct descendant. No longer could a historian or researcher right the wrong of an unmarked grave of a forgotten veteran. If you served your country, but had no children, too bad. If you served your country in the Revolutionary War, had children, but your line of descent died out after 200 years, too bad. 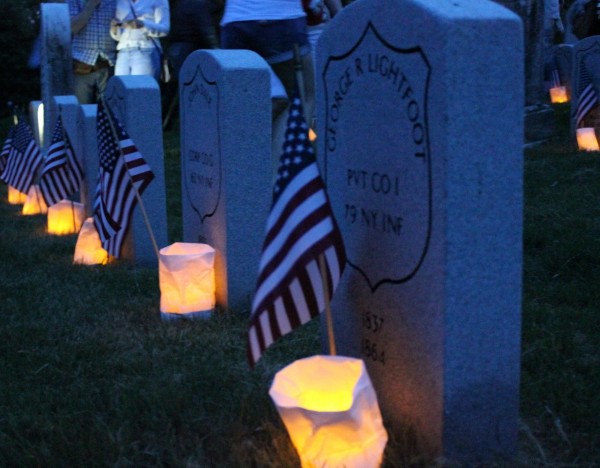 These graves of Civil War veterans were marked with VA-supplied gravestones.

Just a week ago, we launched “Mark Their Graves,”an online petition drive to reverse this awful rule. This is part of a broader plan to get this regulation changed: legislation just has been introduced in Congress to reverse this regulation. Please join us in this effort to right this wrong. Read the stories of the men who served and sacrificed–and who lie in unmarked graves. Their graves should be marked. Their service should be honored. Please help. Contact your representative and senators. And get others to sign our petition. Spread the word!

8 thoughts on “Mark Their Graves”