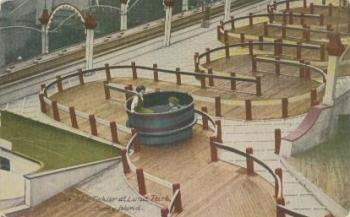 William F. Mangels is a fascinating figure: a pioneer of amusement rides and shooting galleries. His factory was in Coney Island, many of his rides were in the amusement parks there (though they are still found everywhere), and he is interred at Green-Wood in section 130, lot 37995. Here’s what I wrote about Mangels in my book, Brooklyn’s Green-Wood Cemetery: New York’s Buried Treasure, first published in 1998:

A WILD AND CRAZY RIDE

William F. Mangels (1866-1958), working in Coney Island, played a key role in the creation of the great American amusement parks at the turn of the century. Mangels was one of the leading manufacturers of carousels in America. He invented the Whip ride and designed the wave pool at Palisades Amusement Park in New Jersey. Other rides that he invented were copied throughout the world. But it was Mangels’s Tickler that prompted P.G. Wodehouse, apparently as he fought nausea and bruises, to pick up his pen and write:

The principle at the bottom of Coney Island’s success is the eminently sound one that what would be a brutal assault, if administered gratis, becomes a rollicking pleasure when charged for at the rate of fifteen cents per assault. Suppose one laid hand upon you and put you in a large tub; suppose he then proceeded to send the tub down the incline so arranged that at intervals of a few feet it spun around and violently bumped into something,. Next day he would hear from your lawyer. But in Coney Island you jump into the Tickler and enjoy it; you have to enjoy it because you have paid good money to do so. Being in America, Coney Island is thought a little vulgar; if it were France we would have written how essentially refined the Tickler and the Human Roulette Wheel were, and with what abundance and polish the French people took its pleasure. 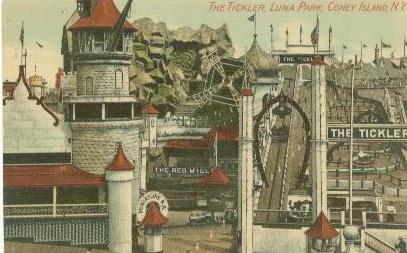 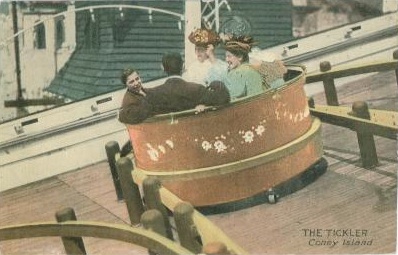 And here are blue prints of Mangels’s plans for the Tickler that we just added to our collections. On this one, you can see the rather irregular route the riders followed. 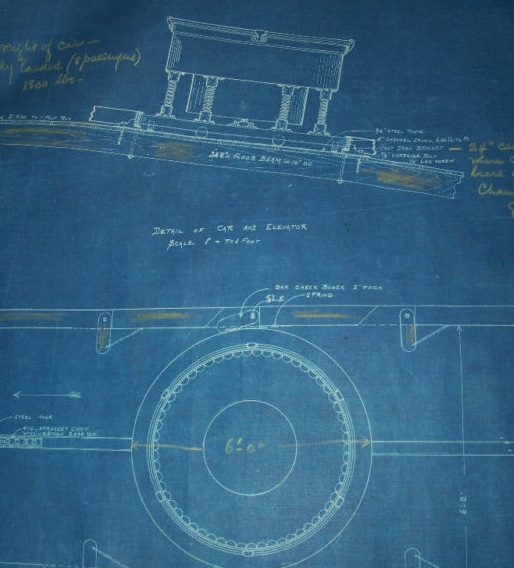 And here, at the top, you can see the design for the car in which you hurtled down the ride. 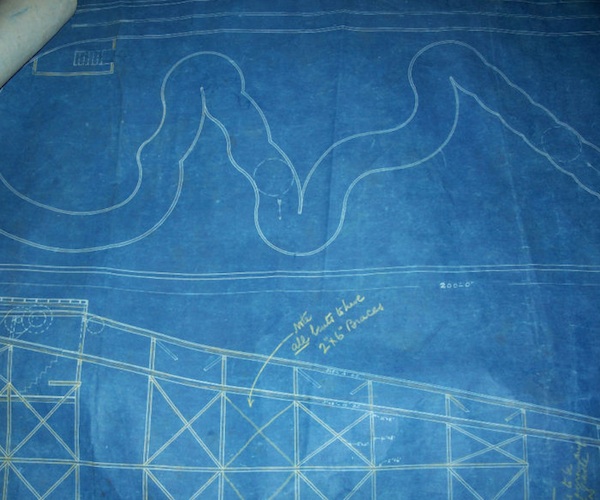 And, now that you know something about the genius of William F. Mangels, here he is.

The Tickler was essentially an inclined-plane-human-pinball ride—you paid your money, then got into the car at the top of the incline, and gravity pulled you down the ride. You twisted and turned and banged against the posts, all the while laughing.

And, speaking of amusement, how about one of Mangels’s other great inventions, The Whip? Here is a photo of the actor Fatty Arbuckle on The Whip ride, center in the front car. 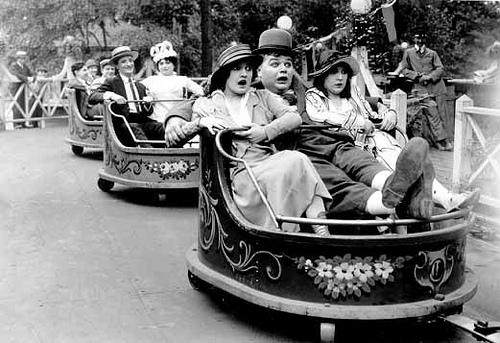 And here’s a Whip car that we have in our collections. I have fond memories of going on a Whip ride many years ago, then throwing up. Talk about amusement! 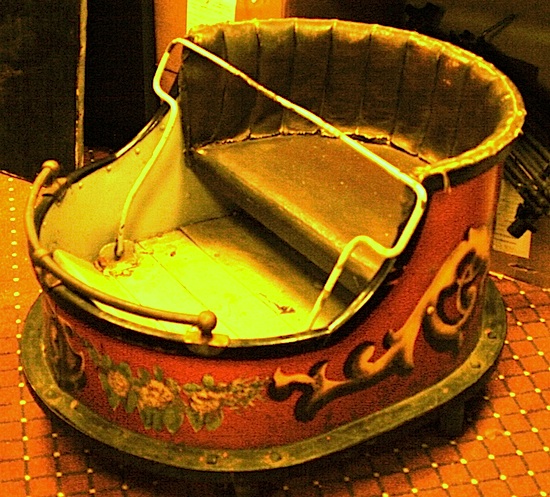 Oh, I almost forgot – if you’d like to order a copy of my book about Green-Wood Cemetery and tales of some of its permanent residents, click here.

1 thought on “Wild and Crazy Rides”