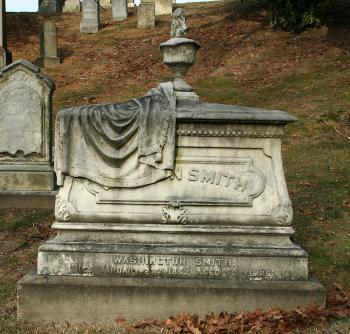 Green-Wood Cemetery stretches across 478 acres. It has 561,000 permanent residents. Tens of thousands of monuments have been placed across its grounds. So, there never comes a time when you’ve seen it all. I’ve been wandering the cemetery grounds since 1990 and often see things I’ve never noticed before.

A big “thank you” to Katie Archer, who loves Green-Wood Cemetery and whose very entertaining blog about Green-Wood Trees can be found at, for pointing this monument out. 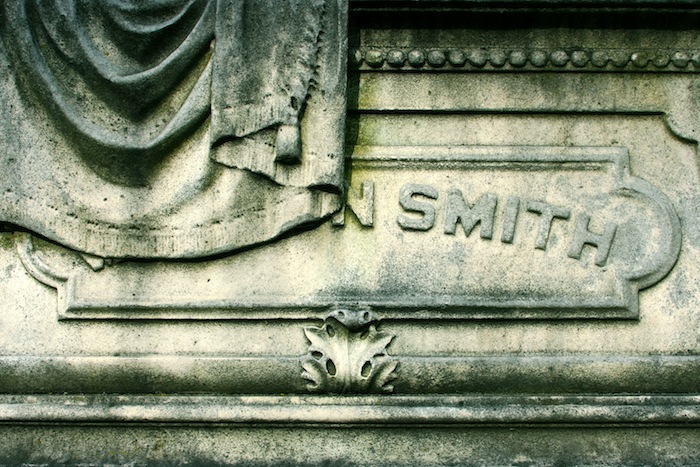 This monument to Washington Smith is very interesting. The inscription on the monument states that Smith died in 1863; the monument probably dates from shortly after his death. And a very special monument it is. The sculptor wanted you to see a drapery, the shroud that remains behind after resurrection, but not just any old thing. Instead, the monument is carved in such a way to cover up parts of Washington Smith’s name–parts of his first name are under the drapery on the front of the monument and parts of his last name are behind the carved fabric on the back. Really quite a wonderful design. 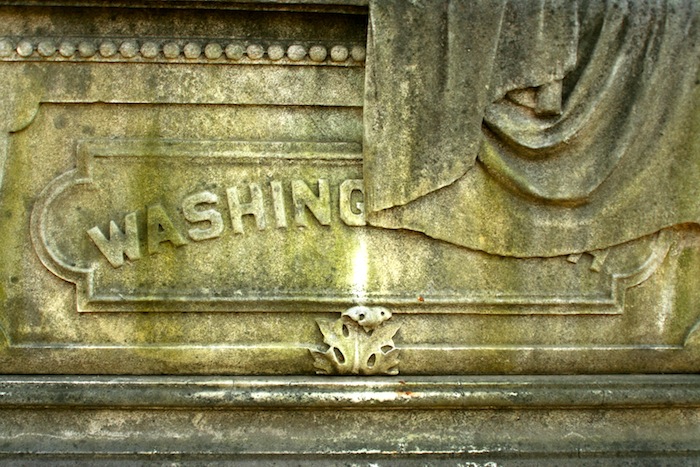 But it does look like the sculptor did play around a bit–it just doesn’t look like there is enough room for the letters that are covered up. Artistic license, I suppose–show the W, then the N, of WASHINGTON on the front, but don’t leave space for all those letters so that you can make the letters that are visible larger and more visible. Same on the back: TON SMIT and part of the H would be under the drapery, but I don’t think all those letter, plus the space between WASHINGTON and SMITH, would fit there.

I thought this work, clearly a work to be very proud of, might be signed by the sculptor. So I looked around the base. And, it does indeed look like it is signed. Note the carving that starts above the perpetual care disc and goes off to the right. I haven’t had time to figure out what the signature is. Anybody have any ideas? 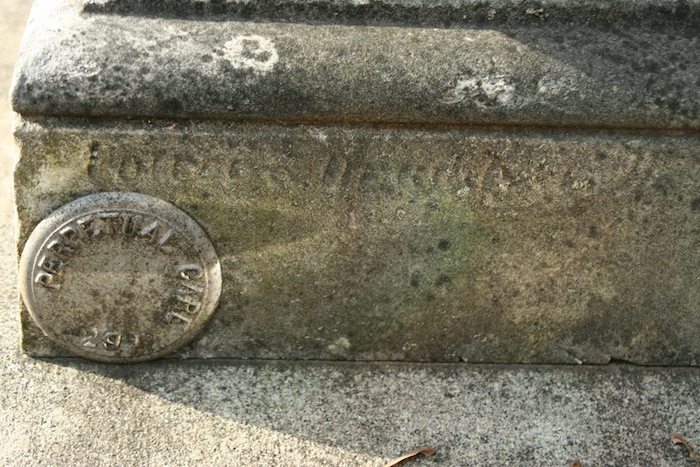 UPDATE: Curious, I went back out a few days ago to try to make out the sculptor’s signature. The light was great–raking. And I was able to read quite a bit of the carving. It looked to me like: Poirri & Draddy N.Y. 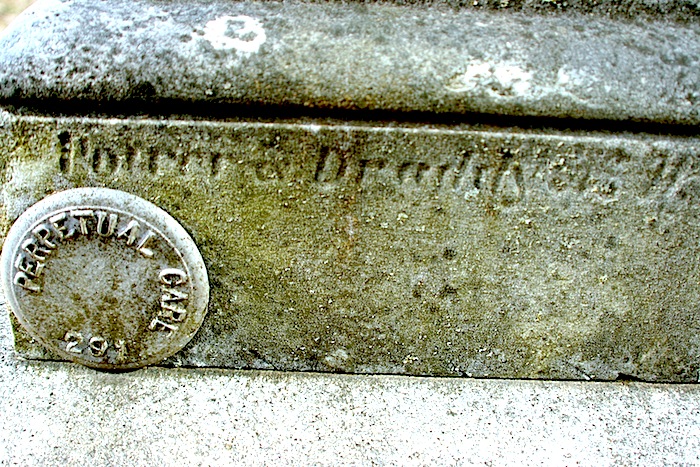 The Draddy name rang a bell. We have New York City’s Civil War Soldiers’ Monument at Green-Wood. I knew “Draddy” from a very similar Civil War monument at Calvary Cemetery. The obelisk at the center of that monument is referred to as the Draddy Obelisk, and has been attributed to stonecarvers John and/or Daniel Draddy. It is signed at the bottom D. Draddy–Daniel appears to have been John’s brother, son, or nephew. Both John and Daniel were from County Cork in Ireland. According to the interpretive plaque at Calvary, John Draddy “was well known for his church altars, in the Coleman Memorial in St. Patrick’s Cathedral in Manhattan. He sculpted the bust of Thomas Moore in Brooklyn’s Prospect Park.” According to one website, several monuments at Calvary are signed “Draddy Bros.”

Here’s a link to a fairly recent book, The New York Irish, which discusses the Draddy carvers.