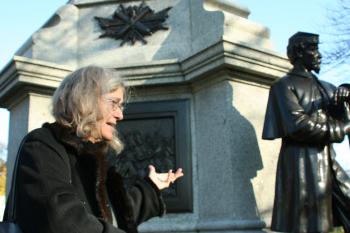 Carol Grissom is the senior objects conservator at the Smithsonian’s Museum Conservation Institute. For thirty years she has studied American and European zinc sculpture. When it comes to zinc sculpture, Carol is the expert. Her book, Zinc Sculpture in America 1850-1959, has just been published. It is the bible on this subject. Have I mentioned that it is available at our Historic Fund’s store?

As part of the Green-Wood Historic Fund’s ongoing Book Talks and Trolley Tours series, we hosted Carol this past Sunday. She gave a fascinating powerpoint presentation in our Historic Chapel, signed books, then led a trolley full of enthusiasts on a tour of the cemetery grounds, talking about the various zinc monuments we encountered.

Zinc is a fascinating material for cemetery monuments. It was inexpensive and has lasted remarkably well. However, it never achieved great popularity. Some cemeteries, such as the first of America’s rural cemeteries, Mount Auburn in Cambridge, Massachusetts (just across the Charles River from Boston), banned zinc monuments: they were considered to be too “industrial” for use on their grounds. Other cemeteries banned the use of zinc because they feared such monuments would be a maintenance problem, requiring regular painting. Yet, that has not been the case. In fact, zinc has held up remarkably well, without any maintenance whatsoever, exposed to the elements for more than a century.

Above, Carol at New York City’s Civil War Monument, shown with the bronze that was cast from the original zincs, explaining the importance of these early zinc castings. 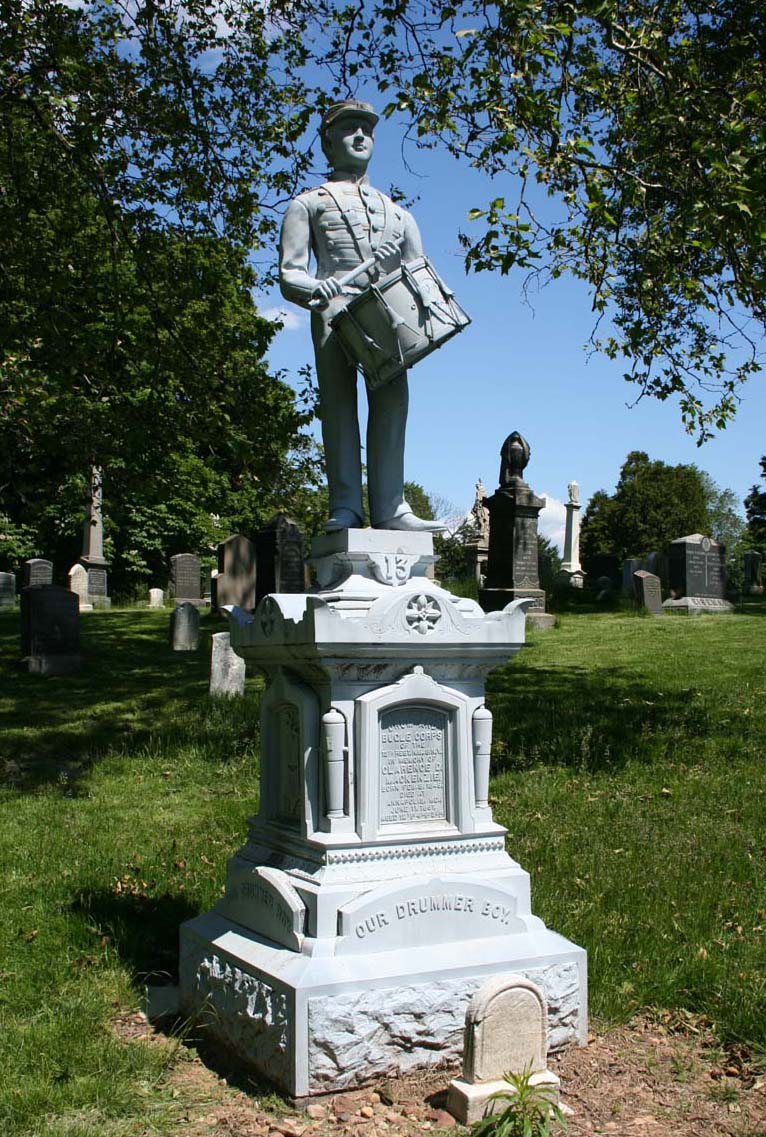 We also went to “Our Drummer Boy,” a great zinc monument. By the Monumental Bronze Company (they decided bronze sounded sexier than zinc), it commemorates Clarence MacKenzie, a twelve-year-old drummer boy with the Thirteenth Brooklyn who, while drilling with another drummer boy, became the first Kings County casualty of the Civil War when his friend’s musket accidentally discharged and killed poor Clarence. 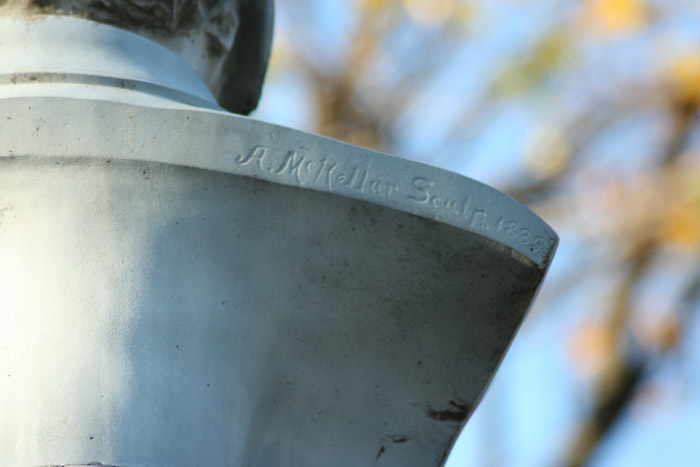 We also made a discovery. I showed Carol this bust of Marine John Reynolds. She immediately recognized the signature on the back as that of the resident designer at the Monumental Bronze Company. This, Carol explained, is the first piece she has seen in her many years of research that bears his signature. 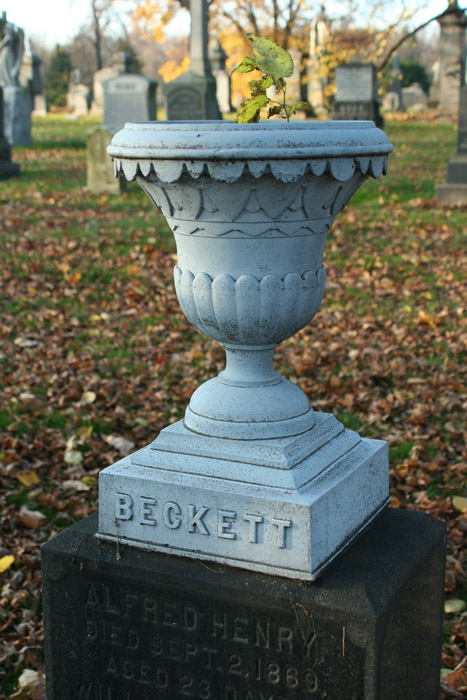