Five renowned sculptors have been chosen to participate in a competition to recreate the delicate and intricate sculpture called the “Angel of Music” that once graced the gravesite of legendary 19th century American composer and pianist Louis Moreau Gottschalk (1829 -1869).  The angel disappeared under unknown circumstances from Brooklyn’s Historic Green-Wood Cemetery more than 50 years ago.

The initiative, Saved in Time: The Gottschalk Project, is administered by the Green-Wood Historic Fund, that works to conserve and restore the cemetery’s endangered monuments.

In collaboration with the National Sculpture Society, Green-Wood solicited proposals from some of today’s most accomplished figurative sculptors to create the new “Angel of Music.”  The finalists selected to submit models of their designs are:  Myra C. Weisgold of University Park, Florida; Kirsten Kokkin of Loveland, Colorado; Tuck Langland of Granger, Indiana; and the team of Jill Burkee and Giancarlo Biagi of New York City.  (Bios are below.)

The sculptor who receives the final commission will be chosen by a five-member Blue Ribbon Selection Committee representing the worlds of music, art and history.  The winning design will be unveiled in October 2009.  Total costs for the Gottschalk Project will be approximately $200,000.00.  Last month, Green-Wood’s Historic Fund launched a major fundraising campaign to support the effort.

Richard J. Moylan, president of Green-Wood Cemetery said, “No matter who the selection committee chooses to receive the commission, Gottschalk’s Angel of Music will be in good hands.  Green-Wood is honored that so many of the world’s most accomplished sculptors accepted our invitation to recreate this important piece of music history.”

Existing photos of the Gottschalk monument, “The Angel of Music,” show a white marble angel approximately 4’10” in height.  The angel’s left hand held a tablet bearing the titles of six of Gottschalk’s most famous compositions, while a heraldic trumpet was tucked beneath the arm.  Her right hand was extended in a gesture suggestive of leading an orchestra.  At her feet was a classical lyre.  The 6 ½-foot tall marble pedestal and base, on which the angel stood, has been professionally conserved.

A New Orleans native, Gottschalk was recognized as a child prodigy by the New Orleans bourgeois establishment.  In 1840, he debuted at the new St. Charles Hotel and by the 1860s had established himself as the foremost pianist in America.  His most acclaimed works include A Night in the Tropics, Bamboula and Le Bananier.

Giancarlo Biagi, born in Pietrasanta, Italy, is a graduate of the Stagio Stagi art school and apprenticed at the Tommasi Foundry.  He moved to the United States in 1974 and maintains studios in New York and Italy.  Since 1976, he has collaborated on many projects with the artist Jill Burkee, working exclusively on commissions.  On occasions, he participates in exhibitions, and has had several solo exhibitions.  Commissions over the last ten years include projects for the Basilica of the National Shrine of the Immaculate Conception in Washington, DC, The Human Services Center of Denver, Colorado, and Mary, Queen of the Universe Shrine in Orlando, Florida.

Jill Burkee, a native of Colorado, attended the University of Washington, and in 1975 received a travel grant to Italy.  In 1976, she formed a working partnership with Giancarlo Biagi, and they have worked exclusively on commissions, both private and public.  The most recent commissions include marble sculpture of Our Mother of Africa Chapel at the National Shrine in Washington, DC.  a bronze relief mural for the Human Service Center of Denver, and the mosaic and bronze portals for Mary, Queen of the Universe Shrine in Orlando, Florida.

Kirsten Kokkin is an acclaimed sculptor and one of the leading artists in the international community of figurative sculptors.  Kokkin made her début at the National Annual Autumn Exhibition in 1972 while still a student at the Art Academy.  In 1987 she moved to the U.S.  Her break through here came with the sculpture Flight, which initiated a series of themes with ballet dancers in which the artist expresses feelings through movement.

Originality and strength of expression mark her works which are executed with painstaking accuracy to anatomy and details, and convey a sensual, yet energetic quality.  The search for truth led her to the naturalistic language, and her fantasy led her to themes from the antique and mythological world.  Through the dance themes she also expresses her feelings and longings.
Kirsten Kokkin has created a number of monuments, both public and private commissions.  Her works span from the tradition of romantic expressionism to naturalism.  She has sculpted themes from the marine world and has a long career as a portrait artist.  Kokkin’s artwork is placed all over the world, with the majority of pieces in the U.S and Norway.

Tuck Langland is a Fellow and First Vice President of the National Sculpture Society and an Academician of the National Academy.  His works are on public exhibit in collections from London, England to Washington, D.C. and Honolulu, Hawaii to Lausanne, Switzerland, as well as in private collections all over the world.  Recent major commissions include a life-size portrait of University Chancellor Herman B Wells for Indiana University, Bloomington, Indiana, life-size portraits of the two founding Mayo brothers for the Mayo Clinic in Rochester, Minnesota, and an “archway” sculpture of two women and a baby for the Woman’s Hospital of Texas.  Among many other honors, Tuck was named the 2003 Kenan Master Sculptor at Brookgreen Gardens in South Carolina and the 2002 Lundquist Scholar at Indiana University South Bend, and was awarded the 2002 Pollich Prize of the National Sculpture Society and Best of Show at the 1997 Hoosier Salon Show.

Myra Weisgold, known familiarly as Marci, began her studies in art at the age of six.  After a four-year break when she received a degree in mathematics at the University of Pennsylvania, where she was elected to Phi Beta Kappa, she returned to art.

She studied sculpture for ten years at the Frudakis Academy of the Arts in Philadelphia.  Myra has studios in Loveladies, New Jersey, and Sarasota, Florida.

She has completed numerous public and private commissions for clients from France, Japan, Sweden, the Republic of China, and throughout the United States.

She has exhibited her work nationally, receiving numerous awards, and is collected by art lovers worldwide.  Myra is an elected fellow of the National Sculpture Society and is a member of many prestigious art societies. 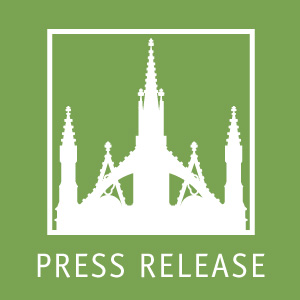