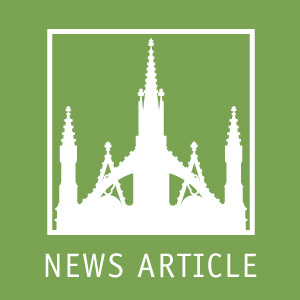 July 22, 2008
NYC
Honoring a Man Who Helped Open Japan to the West
By CLYDE HABERMAN

The observance lasted but a few minutes. For that brief ritual, the visitors had traveled nearly 7,000 miles — from Shimoda, Japan, to Brooklyn, U.S.A. It might seem a long way to go to lay flowers on the grave of someone who has been dead these last 130 years. Not if you’re from Shimoda, though. Not if the grave is that of a New Yorker named Townsend Harris.

Many of you may now be wondering, Townsend Who?

In fact, Harris was responsible for one of New York’s more important institutions. As the Board of Education president in 1847, he founded the Free Academy, forerunner of the (lamentably no-longer-free) City College of New York. Still, mention of him doesn’t ring many bells here these days, except maybe for bells signaling a class change at a high school in Queens bearing his name.

But in Shimoda, on the Izu Peninsula about 85 miles southwest of Tokyo, he is what Japanese would call ijin: a major historical figure.

Perhaps a little background is called for. Forgive us for squeezing a century and a half of history into a couple of paragraphs, but that’s what passes for erudition in a column.

In 1853 Commodore Matthew C. Perry of the United States steered his fleet of “black ships” into the southern end of Tokyo Bay, spelling the end of more than two centuries of Japanese self-imposed isolation.

Three years later, under an appointment from President Franklin Pierce, Townsend Harris became the first American consul-general in Japan, setting up shop in Gyokusenji, a Buddhist temple in Shimoda.

Two years after that, he negotiated a treaty that established trade between the United States and Japan. The next thing you knew, we had imported Toyotas, Hideki Matsui in a Yankees uniform and sushi restaurants every 30 paces in parts of Manhattan.

Harris was “serious and intelligent,” said Peter Grilli, who grew up in Japan and is president of the Japan Society of Boston. “And he must have had just the properly stern mien, or ample whiskers, to face down all the ferocious Shogunal bureaucrats and samurai.”

When Harris died in 1878 at age 74, he was buried on a grassy knoll in Green-Wood Cemetery in Brooklyn. A tall granite headstone marks his resting place. Thanks largely to the efforts of Japanese groups and individuals, the site is a pleasant refuge, shaded by dogwood and cherry trees and enhanced by a Japanese stone lantern. A few feet below the headstone lie memorial plaques from City College and from the priests of Gyokusenji.

“We get a lot of people visiting from Japan and also from Townsend Harris High School,” said Ken Taylor, Green-Wood’s vice president for operations.

But as a visit the other day showed, none are as faithful as the people of Shimoda.

A delegation from that city of 26,000 has made a pilgrimage to the cemetery each of the last 23 summers, skipping only 2005, when Brooklyn took a back seat to St. Petersburg, Russia, on an important anniversary in Japanese-Russian relations. It is a consistent display of respect not often seen, especially coming as it does from people who must travel so far.

THIS was the third time for Mayor Ishii, who led a 22-member contingent. Each was given a flower. Two by two, the visitors approached the grave and placed their flowers. Then, for about five seconds, they pressed palms together in a gesture of reverence. No words were spoken. In a matter of minutes, it was over, save for inevitable rounds of picture-taking.

From Green-Wood, the visitors went by charter bus to Harlem, for a lunch with City College’s president, Gregory H. Williams, and other officials.

In the school’s library, Sydney C. Van Nort, the college’s archivist and special-collections librarian, delivered a talk on Harris’s life. She had filled display cases with Harris artifacts that are usually held in storage, items like a diary, documents related to his commission as the American consul, a silk diplomatic pouch and a chart of the Japanese hiragana syllabary.

“Being a medievalist, I can see it in the context of a pilgrimage,” Ms. Van Nort said of the visitors. “They want to see items that he handled and owned. They’re like relics to these people.”

One relic was a 31-star American flag, badly faded after 150 years. It seems that the flag Harris had taken with him from the United States was damaged. In 1858 he had a new one made of silk by a seamstress in Edo, which any crossword puzzle devotee will recognize as Tokyo’s name in those days.

Even back then, Americans depended on things made in Japan.