Cartoonist Vincent Musacchia, a lifelong Brooklynite, died last month and was inurned (his cremated body placed in an urn) at Green-Wood this past Tuesday.

Vince had reported recently on a blog that, for the last three years, he had been “. . . freelancing. Working on Advertising, Comic Strips & Comic Book projects.”

On October 14, his wife Roz posted this on the Facebook page of the Minnesota Cartoonists’ League:

Dear Friends of my dear husband Vince Musacchia –
It is with deep and profound sorrow that I must tell you that my dear Vince passed away this morning. He fought valiantly against the horribly deadly “silent killer” – pancreatic cancer – for only four short months. We, his family who adored him, have planned a mass in celebration of the great life he lived for Saturday, October 24, 2015 at 11:00 a.m. in Sacred Heart – St. Stephen’s Church, corner of Hicks and Summit Streets, Brooklyn, NY. (This is 10 days from now so that anyone who wants to make plans to come will be able to do so.)

Vince didn’t want a wake, he wanted to be cremated and to have a mass at our church. I am honoring his wishes, as I have honored him all the days of our 35-year marriage and as I will honor him until the day I die. God bless us all.

And, please, after you have read this message – please put a smile on your face and think of one of the many hundreds of funny memories you have of Vince.

According to the funeral director, 900 people came to the church to celebrate the mass and to pay their respects to this beloved man and very talented cartoonist.

Vincent Musacchia studied art in Manhattan at the Art & Design School and at the School of Visual Arts. After a successful career in advertising, in which he rose to be a senior designer at Saatchi and Saatchi, he turned to book illustration, working for Golden Books and others. He then worked for Warner Brothers on Scooby Doo and other projects and rose to be senior illustrator for Warner Brothers Studio Stores from 1995 to 2000.

He also illustrated “The Honeymooners” comics. As the Comic Book Database notes, “But it is with the idiosyncrasies of cartoon greats such as Porky Pig, Bugs Bunny, Wile E. Coyote and Marvin The Martian that make his Warner Bros work stand out.”

He worked as manager of Global Character Art for Disney Consumer Products from 2004 to 2010. Here is his take on Cinderella for Disney: 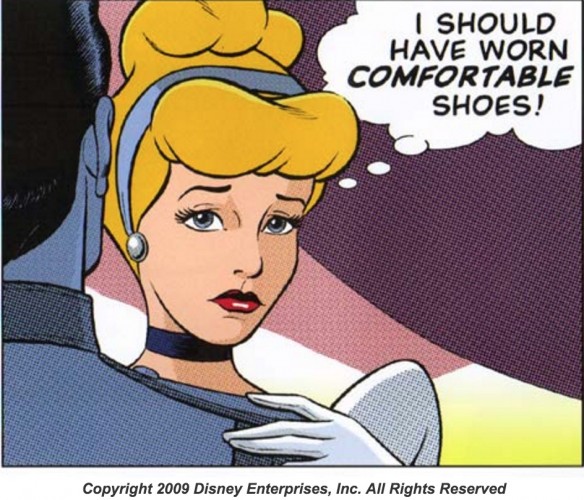 And one of Vincent Musacchia’s Mickey Mouses for Disney:

Here is one of his many Popeye comic book covers:

Vincent was an active blogger–he had much colorful art to share with the world. Here’s his blogger profile:

To close with a final scene–Vincent Musacchia’s illustration of the moon and the stars lighting his beloved New York City: