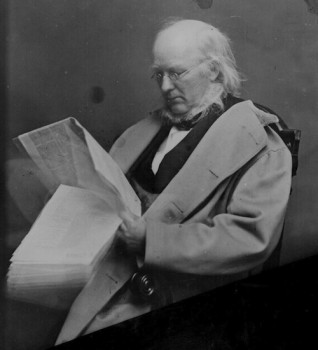 February 3, 1811: Horace Greeley was the founder and editor of the New York Tribune which boasted the largest national circulation of any newspaper in the United States in the mid-19th-century. A political and social activist, he advocated many causes, including workers’ and women’s rights, manifest destiny and the abolition of slavery and capital punishment. Perhaps best known for the phrase “go west young, man,” the words were printed in a Tribune editorial on July 13, 1865. He served in Congress and ran unsuccessfully for the U.S. Senate and for president (resoundingly defeated by Ulysses S. Grant in 1872). He died in 1872.

February 12, 1791: Peter Cooper, born on Little Dock Street in New York City, was an inventor and philanthropist. He financed The Cooper Union in Manhattan, a unique free trade school for men and women offering courses in science, engineering, and art. He also designed and built the Tom Thumb, the first American-constructed locomotive that was able to handle the country’s rough terrain and made our railroads practical. He died in 1883.

February 15, 1812: Charles Lewis Tiffany, founder of Tiffany & Company, came to New York in 1837 from Connecticut with $1,000 that he borrowed from his father. He established a “bric-a-brac” and stationery store on Broadway near City Hall. After a slow start – with only $4.98 in sales during his first three days in business – Tiffany & Company soon became synonymous with fashionable shopping for jewelry, silver, glass and porcelain. Tiffany’s remains, today, one of the greatest jewelry firms in America. He died in 1902.

February 18, 1848: Louis Comfort Tiffany, son of Charles Lewis Tiffany, was an extraordinary American artist whose greatest and lasting legacy is his pioneering work in stained glass. He excelled in many fields: painting, interior design (he decorated the White House for President Chester A. Arthur); art glass, mosaics and jewelry. One of the first artists to use electric lights in his work, he is renowned for Tiffany lamps, whose shades were constructed with scraps of glass left over from Tiffany windows. He died in 1933. 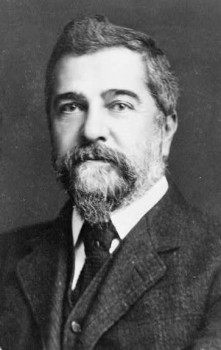 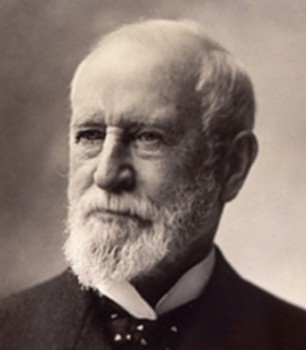 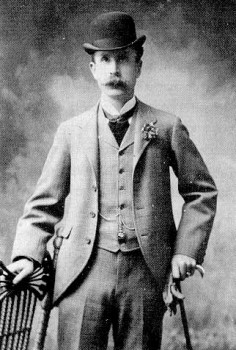 February 3, 1862: George Tilyou is best known as Coney Island’s master promoter and founder of Steeplechase Park. An entrepreneur at the ripe old age of 17, George published a newspaper to promote his real estate business and wrote, “If Paris is France, then Coney Island, between June and September, is the world.” Inspired by the 1892 Chicago World Exposition, Tilyou opened his first amusement place – the wildly popular Steeplechase Park – in 1897. It burned to the ground in 1907; was rebuilt in nine months; and remained in operation until 1964. He died on November 30, 1914.

February 15, 1797: Born in Germany, Henry Engelhard Steinway immigrated to New York City with his family in 1851. A skilled piano maker, he began his own piano manufacturing business and by the mid 1860’s Steinway & Company had become the leading piano manufacturer in America. The Steinway mausoleum, designed by John Moffitt and built in the 1870’s, is Green-Wood largest with room for 256 interments. Steinway died on February 7,1871. 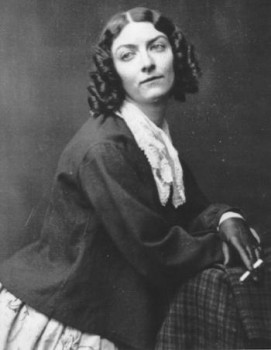 February 17, 1821 or 1824: Lola Montez – one of the great personalities of the 19th-century – was born as Marie Delores Eliza Rosanna Gilbert in County Limerick, Ireland. Raised in Scotland and educated in Bath and Paris, she eloped at the age of 15 with a British army lieutenant to avoid an arranged marriage with a much older man. A year later, she left her husband and began dancing in Paris. Famous for her provocative and “immoral” Spider Dance, Montez’s affairs with Czar Nicholas I, Franz Liszt, Honore de Balzac and Alexandre Dumas (father and son) were legendary. Another paramour, Kind Ludwig of Bavaria, built a castle in her honor and anointed her a baroness. She served as the King’s chief political adviser until an armed revolt against her power and influence caused his abdication in 1848. After marrying yet another British Army officer while still married, she was prosecuted for bigamy. She fled to Spain, and then New York, where she ultimately turned to religion in 1856 and died in poverty in 1861.

Also of note are:

February 3, 1828: Charlotte Canda, daughter of Charles Canda, who fought as an officer in Napoleon’s army, was killed in a carriage accident on the corner of Waverly Place and Broadway on her seventeenth birthday in 1845. She died in the arms of her father. 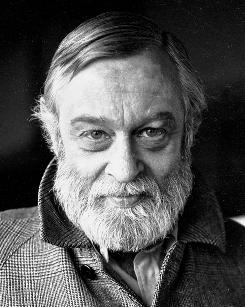 February 3, 1926: Richard Yates, born in Yonkers, New York, was a novelist and author of “Revolutionary Road.” He died November 7, 1992 in Alabama.

February 25, 1809: During the early years of the Civil War, General George Washington Cullum was a brigadier general. He also served as chief of staff to General Henry Wager Halleck, General-in-Chief of the Armies. When Halleck died, Cullum married Halleck’s widow. Cullum retired from active service in 1874 and died in 1892.

February 21, 1812: George N. Sanders was a Confederate agent implicated in Lincoln’s assassination. He spread the story that Booth was a crazy man who acted on his own. He died in 1873.

Thanks to Colleen Roche and Kim Esp for their work on this.