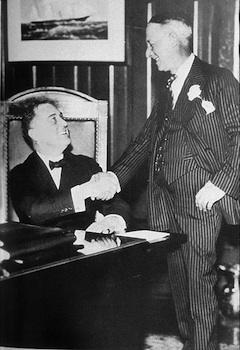 In the early years of our Civil War Project, circa 2003, we started Volunteer Research Days, in which our Historic Fund Volunteers came to the cemetery conference room one Saturday every month or so to search the cemetery records for information that might result in the identification of Civil War veterans who are interred at Green-Wood. These monthly-or-so sessions have continued, and our group of dedicated volunteers has grown. In the last few months, with more and more volunteers joining the effort, we have morphed from Civil War researchers to archival processors, under the direction of Brooklyn College Professor Tony Cucchiara (a real pleasure to work with). The cemetery has incredible records–historical, genealogical, and more. But they have never been archivally stored or catalogued. So we have started our efforts with the cemetery’s memo files, removing old papers from acidic envelopes, unfolding those papers, examined them for historical or other interest, and placing them into archival storage.

This past Saturday we again processed some of this archival material. We had almost 40 volunteers working on these papers. Volunteers were to inform me if they found anything of interest, and did they ever! I started off this session, as I usually do, with a show and tell. I showed some items, particularly cartes de visite phototographs, that I had recently purchased for our Green-Wood Historic Fund Collections, of several of our permanent residents. There were portraits of Henry Ward Beecher (“The Most Famous Man in America”, as he was dubbed by Debby Applegate in her Pulitzer Prize winning biography of that title), Charles Loring Elliott (a painter), David Valentine (clerk of New York City’s Common Council, who in the mid-19th century issued yearly illustrated Valentine’s Manuals), a stereoview of F.A.O. Schwarz’s toy sign on Broadway, about 1875, and other items. I also told the story of having recently met Larry Jones, a photo dealer from Austin, Texas, and how I had told Larry about Colonel George Sweet, a Confederate who commanded the 15th Texas Cavalry during the Civil War and was interred at Green-Wood (of course!). Sweet, as I explained, had come to New York after the war and had published the Texas New Yorker, a monthly magazine extolling the virtues of living and investing in the Lone Star State. Larry knew this unit and promised to find me more information about Sweet.

After my little warm up, our volunteers went to work. It couldn’t have been much more than an hour later than one of the volunteers called me over and showed me a letter he had found, written by none other than Colonel George Sweet! Amazing!! In his letter to cemetery officials, dated July 1, 1912, Sweet explained that his wife, who had recently died, owned a lot at Green-Wood Cemetery, and he wanted to be assured that he had the necessary permission to be buried there. As he explained, “New York is my native state and I have a personal pride in wanting to be interred there.” Strangely, the good colonel made no mention of Texas in his letter, nor did he mention his service to the Confederacy; rather, he identified himself as “a veteran of the Mexican War under General Scott in my 82nd year.” Needless to say, his request was granted and he was interred with his wife. His grave is unmarked; as part of our Civil War Project, we have applied for a gravestone from the Department of Veterans Affairs.

Other discoveries soon followed. A volunteer found a note, dated November 23, 1908, on the letterhead of the Department of State, Washington, signed by Elihu Root. Through the magic of the Internet, we quickly learned that Elihu Root was the Secretary of State under President Theodore Roosevelt. Root’s note concluded with this: “I am much obliged to you for your kind expression about the Senatorship.” Our Internet search told us that this was a reference to Root’s election, just weeks earlier, as United States Senator from New York. Here is Secretary of State, then Senator, Root. Quite impressive-looking, don’t you think? 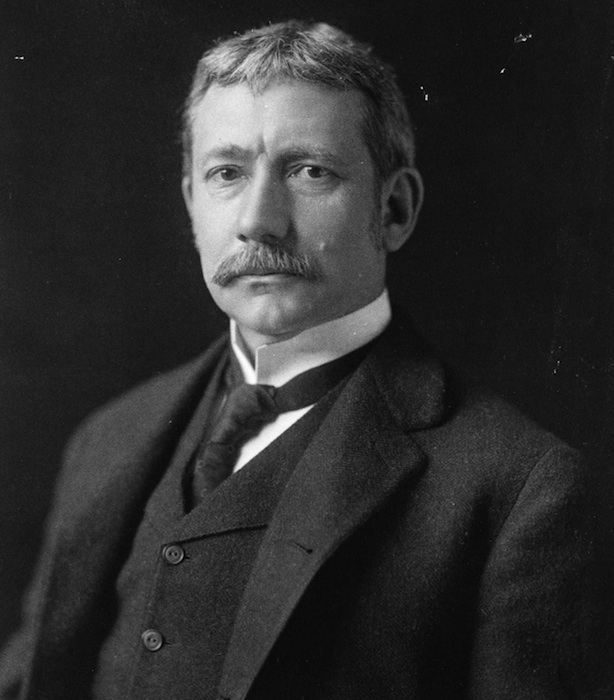 And there were more finds to come. In one envelope we found an original program, “Dedication of Monument and Altar to Liberty on Battle Hill, Greenwood Cemetery, August 27, 1920.” According to the program, addresses were given that day by Governor Alfred E. Smith and Franklin Roosevelt. Roosevelt, at the time, was the vice presidential nominee of the Democratic Party. Governor James Cox of Ohio headed the ticket; just weeks later, they would go down to defeat to Warren G. Harding. As part of the festivities, a United States warship, positioned near the Statue of Liberty, fired a salute. Here’s a photograph of Roosevelt, left, and Smith, circa 1930, about 10 years after our statue of Minerva was dedicated to memorialize Green-Wood’s role as a battlefield during the American Revolution.

We found other odds and ends. Our archives are very rich on 19th century letterheads. There was one from The Suisun Hotel, Suisun, California, dated 1897. A one month stay cost $5; a single meal, wine included, was 25 cents. The letterhead of S.A. Ludin & Co., a company in New York City selling “Chemically Pure Water,” dated 1893, let it be known that they had a “Telephone Connection.” Apparently that was sufficiently impressive for the era; they didn’t bother to list their phone number.

We also found extensive correspondence from 1915 concerning a plan to remove the remains of Rev. Henry Ward Beecher and his wife to “in or near Plymouth Church,” where he had made his national reputation. A least one of his sons opposed this plan; his parents still lie undisturbed at Green-Wood.

Some other great discoveries occurred this past Saturday; more to follow.