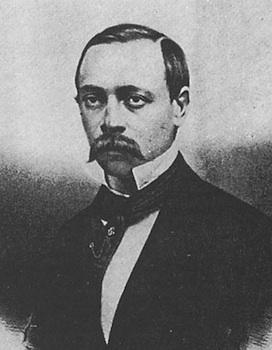 Just last week, I heard from Jane, the second great-granddaughter of Leon Javelli (or Giavelli). Jane had done a great deal of research on him, and she generously shared that with me. It turns out that Leon is interred at Green-Wood Cemetery. And, just as good, he has a very interesting story.

Javelli was born in 1821 in France, in a suburb of Paris. As a young man, he joined the world famous Ravel Family, a traveling troupe of performers. He danced with the Ravels and performed in their pantomimes. The 10 principal performers of the Ravel Family also used stage machinery for tricks. Leon specialized in demonstrations of strength and flexibility. But his real fame was achieved as a tight rope walker. 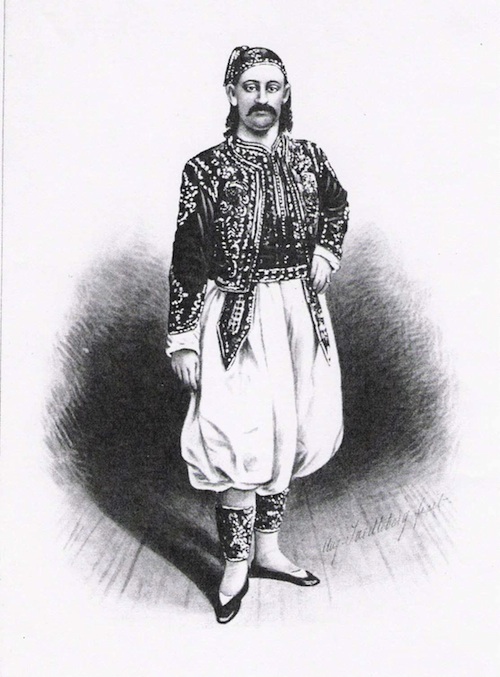 Quite the outfit here, don’t you think? According to a report in the Philadelphia Inquirer, Leon Javelli “used to set the Ravel’s audiences wild” with his daring and superb dancing on the tight rope. The Weekly Wisconsin Patriot described him as “one of the most daring and talented tight rope dancers in the world.” His first performance in America, at the tender age of 15, occurred on October 24, 1836, at the Baltimore Museum & Gallery of Fine Arts. The Ravels cherished him as a member of their family; he was sometimes advertised as Javelli Ravel or Leon Javelli Ravel.

In 1843, Leon married Harriet Wells, a dancer with the Ravel Family. She was, according to a contemporary account, “a danseuse of celebrity.” But the marriage appears not to have gone well; in 1849, Harriet sued for divorce “in consequence of ill treatment.”

The Ravel Family, with Leon Javelli, performed across the globe: the United States, France, England, Spain, Canada, South America and Cuba were just a few of their stops. They travelled with their equipment and an large collection of costumes. Their performances knew no language barriers. 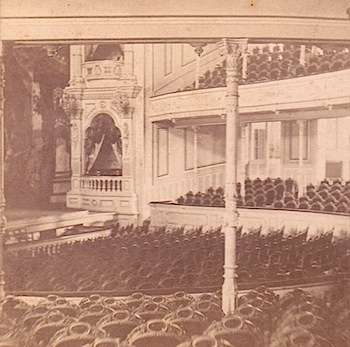 On Monday evening, July 12, 1854, Javelli performed in Niblo’s Garden (owned by Wiiliam Niblo, also a Green-Wood permanent resident) on Broadway in New York City with the Ravels. Here’s a half-steroview of the interior of Niblo’s Garden, taken about 1865; the stage that Leon Javelli and the Ravel Family performed on that night is at the left side on this image. According to the account in the New York Herald, Javelli, after demonstrating his strength and agility on the high wire, then supported “five of six strong men with ease,” and vaulted “over twelve soldiers with fixed bayonets. This was the last feat he accomplished, and the hearty applause that greeted him then was the last he ever heard.” For, after enjoying a lobster salad later that evening, Javilli went to bathe in one of New York City’s rivers. Accounts are conflicting; he either suffered food poisoning (the Brooklyn Daily Eagle, 10 days after his death, opined: “Don’t eat lobster salad. It isn’t good, and besides, it is dangerous. The death of Leon Javelli, one of the Ravel troupe, was caused by eating lobster salad; so was that of the Boston custom house inspector, who died of cholera last week. Eschew lobster salad, dear reader, till after the dog days”) or contracted cholera from his river swim. But about this there can be no dispute: that Thursday morning, at the age of 33, in the prime of his life, Leon Javelli died. Newspapers across America, praising his skill as a performer, carried the sad news.