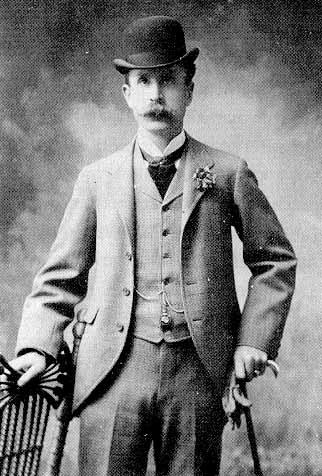 Tilyou was undeterred: while the ruins still smoldered, Tilyou erected a sign:

Mr. George C. Tilyou, for “Dear Old Steeplechase,” wishes to thank the public for their good-will and sympathy in the past and present.

Tilyou, who had put his heart and soul into Steeplechase Park. was undeterred. There was no question about it–he would rebuild. A second sign soon went up above the ashes:  “To inquiring friends: I have troubles today that I did not have yesterday. I had troubles yesterday that I have not today. On this site will be erected shortly a better, bigger, greater Steeplechase Park. Admission to the burning ruins: 10 cents.” 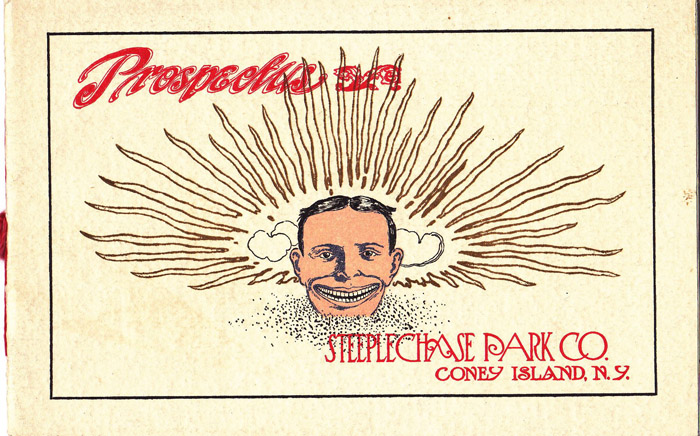 ay, I received in the mail a wonderful little item that I just purchased for our Green-Wood Historic Fund: George Tilyou’s “Prospectus” for the rebuilding of Steeplechase Park. Here are the cover and the first page. 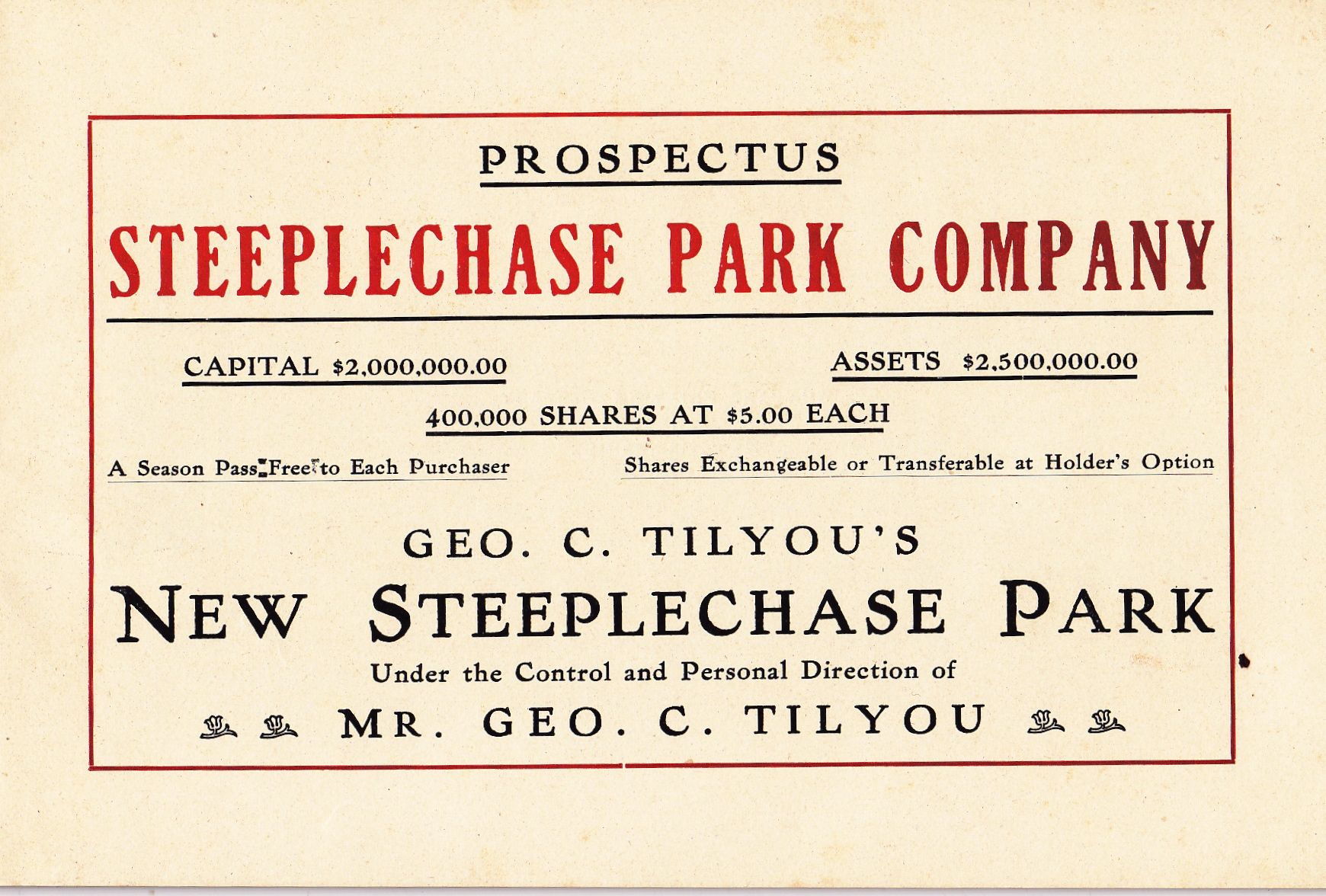 And rebuild Tilyou did: the fireproof Pavilion of Fun, billed as the largest amusement building in the world, rose from the ashes, containing many of Tilyou’s famed attractions, including the Human Roulette Wheel, the Funny Stairway, the Steeplechase Horses, and so much more.

For The New York Times report of the 1907 fire.