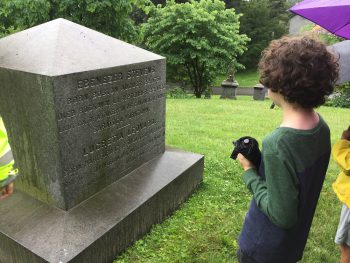 Green-Wood’s American history and art history School Programs teach curriculum-based content and historical thinking skills by having students investigate the lives and monuments of people interred here. Check out some of the figures your students may learn about on their visit here:

INNOVATORS & INVENTORS FROM INDUSTRIALIZATION TO THE PROGRESSIVE ERA

ART AND ARCHITECTURE HIGHLIGHTS WITH SKETCHING

In addition to discussing the symbols, inscriptions, and design features on many different types of monuments, students may explore art and architecture in a variety of other ways:

ARTISTS AND ARCHITECTS INTERRED AT GREEN-WOOD