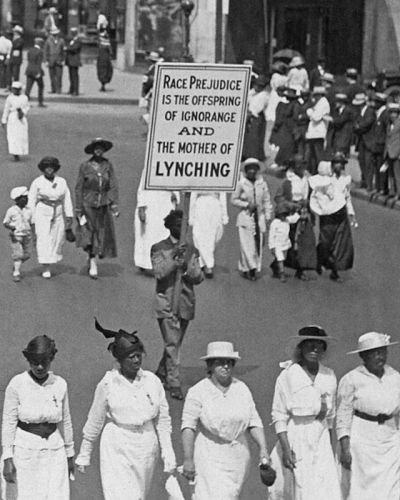 It was a summer of attacks across America on people of color. Join historian Eric K. Washington, whose book, Boss of the Grips, has just been awarded a 2020 Herbert H. Lehman Prize for History, and Greg Young of the Bowery Boys, for a discussion about the Silent March of 1917. Approximately 10,000 African Americans marched down Fifth Avenue to the beat of muffled drums, without saying a word, in protest. Here’s your chance, in our turbulent times, to learn about the roots of civil resistance on the streets of New York City just over a century ago.

$5/Free for members. This conversation is part of our new series of virtual programs about the history of Green-Wood and its permanent residents, Zooming in on History. On the day of the program, participants will receive a Zoom link and access code.

Click the “Enter Promotional Code” link under the date in the ticket box to enter your ID number and apply your discount.