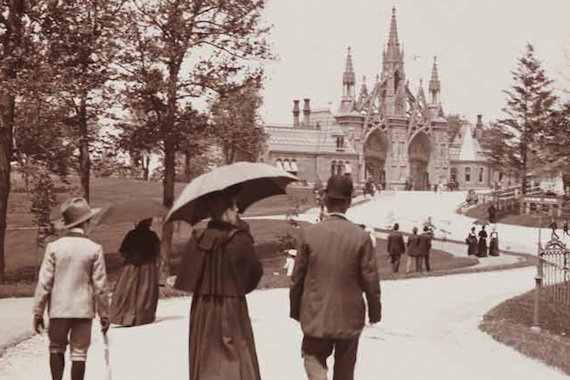 No one knew how to grieve like the Victorians. The elaborate and often downright weird rituals of the era – inspired by Queen Victoria who publicly mourned her husband’s death for forty years – provide a fascinating look at a culture for whom death was ever present. In the United States, losses from the Civil War eclipsed 600,000 deaths, or two percent of the entire population. Death was everywhere. Mourning was an art form. Widows dressed in black from head to toe for an entire year. Household mirrors were covered and clocks were stopped when a death occurred. Women created and wore intricate jewelry made from the hair of the deceased. And rural cemeteries were established across America. Green-Wood is one such example, which by the 1860’s drew over 500,000 visitors a year who came to see the cemetery’s collection of ornate monuments and mausoleums.

Join us for an afternoon symposium devoted to exploring the arts and Victorian culture of mourning and its legacy with illustrated talks and show-and-tell presentations of period artifacts. Speakers will include Colin Dickey, Evan Michelson, Jennifer Berman, Karen Bachmann and more!

This symposium is organized in partnership with Joanna Ebenstein, co-founder of the former Museum of Morbid Anatomy and Laetitia Barbier, former librarian of the Museum.