Brooklyn Goes to War: Zooming in on the Civil War 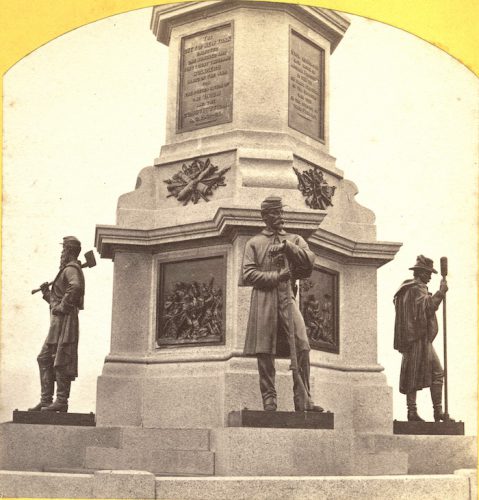 By 1860, Green-Wood had become the place to be buried in New York City. But that year was also the eve of the Civil War, and the Cemetery would soon become the final resting place for thousands who died in battle and veterans who died in the ensuing decades. In 2002, Green-Wood launched its Civil War Project, led by the Cemetery’s historian, Jeff Richman, with the hopes of identifying as many of these veterans as possible. Over 5,000 have been identified and that number continues to grow each year! Join Jeff and Matt Dellinger, journalist, writer, and Civil War expert (he is now working on a book about Brooklyn and the Civil War), for a discussion about the fascinating stories of these brave men and women who we now count among Green-Wood’s permanent residents.

$5/Free for members. This conversation is part of our new series of virtual programs about the history of Green-Wood and its permanent residents, Zooming in on History.

How to participate: On the day of the program, participants will receive a Zoom link and access code.