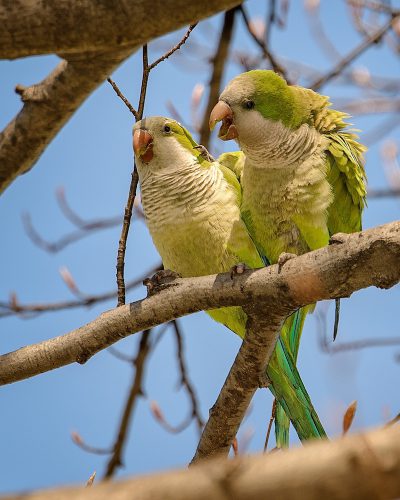 A beloved colony of monk parakeets (Myiopsitta monachus) has resided at Green-Wood dating back to the early 1980s. Today, the colony has grown to around 70 birds all living in a large communal nest in the spires of our Main Entrance Arch. The parakeets are often seen bringing twigs to grow and reinforce their nest or foraging seeds, fruits, grasses, and plant buds . But they are rather noisy birds—you are likely to hear them before you see them!

The Arch has been restored twice in the last few decades, and each time the parakeets’ nesting material had to be removed. Not to worry, the birds temporarily relocated to nearby trees, then headed right back home when the work was done.

How did they come to be here? One story has it that they arrived in New York through what is now Kennedy Airport on a shipment from South America (they are natives of Argentina) in the 1960s. The story goes that their crate was broken open by organized crime figures looking for loot and that they then flew off to settle in Brooklyn. This is almost certainly apocryphal. It is more likely that a pair of pet birds escaped from captivity and established the colony.

There is also a colony of monk parakeets in the towers at Brooklyn College—these birds love high spots, where they feel safer. The species can be spotted across the northeast United States. Though far from their native Argentina, they are comfortable here and able to survive New York Winters because of their unique colonial nesting behavior, sociability, and diverse diet. 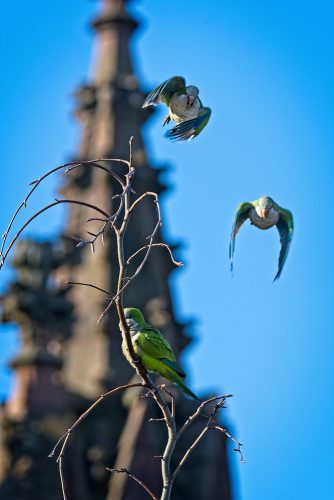 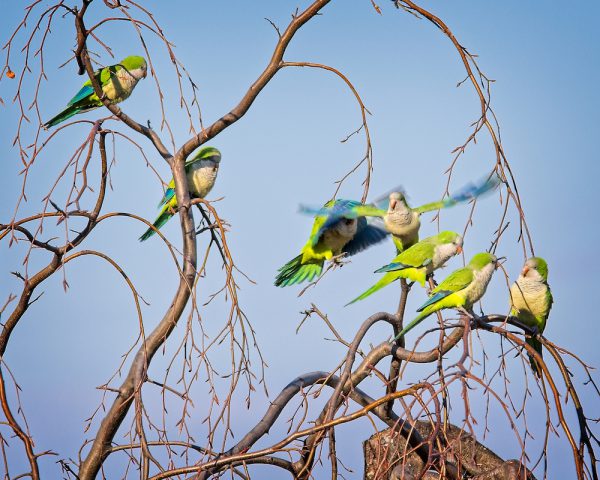 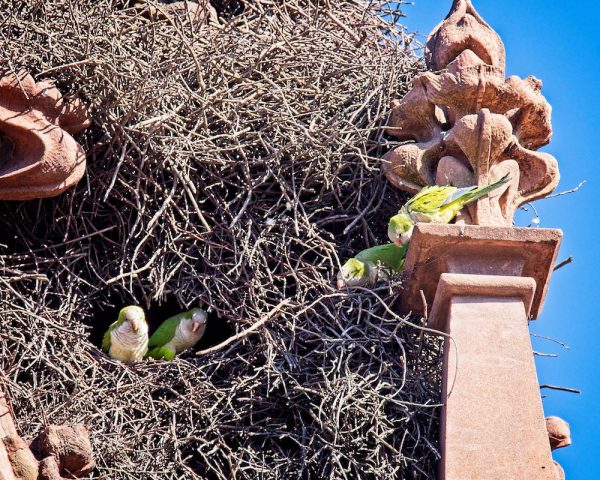