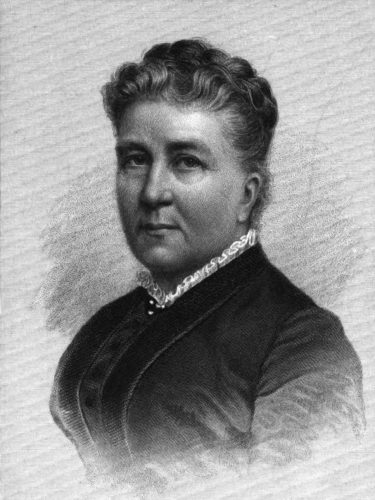 Anna Ottendorfer (1815-1884) was born in Bavaria and immigrated to New York in 1837 with her husband Jacon Uhl. In 1945 Uhl bought the New Yorker Staats Zeitung, a German language newspaper, and Anna helped manage it and grow the publication frequency from weekly to daily. After Jacob passed away in 1852 Anna took over running the paper and continued to manage the paper until her death. During this time the Staats Zeitung grew to reach larger German audiences and became an influential voice of the German left, supporting the Union during the Civil War and opposing Tammany Hall. Oswald Ottendorfer (Anna’s second husband) later became the editor of the newspaper.

With her success, Anna became known as a philanthropist within her community, giving funds to promote German language education in the United States, funding a German dispensary or health clinic and one of the first free public libraries in New York. The Ottendorfer Branch on the New York Free Circulating Library (still part of the New York Public Library today) opened in 1884, after Anna died. It held around eight thousand books, about half of which were in German. This was the second free circulating library in New York City and the first building created for the purpose of a lending library. The library was donated jointly with the German dispensary next door to uplift the body and the mind of fellow Germans. At her funeral 200 carriages were part of the procession to The Green-Wood Cemetery and according to the New York Times, the flags at City Hall were at half-mast and there had likely never been a larger funeral in the city for a woman.