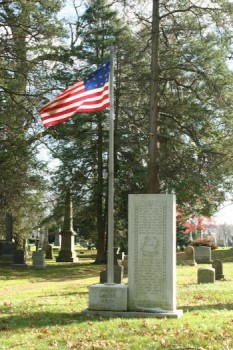 Just a few weeks ago I led a tour of Green-Wood Cemetery for the Woodhaven Historical Society. At one of the stops on the tour, a very nice woman asked me if I knew of a monument at Green-Wood that had a flag pole. I mentioned the monument to Samuel Chester Reid, War of 1812 naval hero who came up with the idea, approved by Congress in 1818, of changing the number of stars on the American flag when a new state was admitted to the Union, but leaving the thirteen stripes for the original states intact. That was the one! It turns out that her father was Vito Marinelli, a monument maker.

Below is a photograph of him. and he was one of the men of the Associated Granite Craftsmen’s Guild who, realizing that Reid’s grave was unmarked, funded a monument for him. We detoured past the monument and I explained its history. 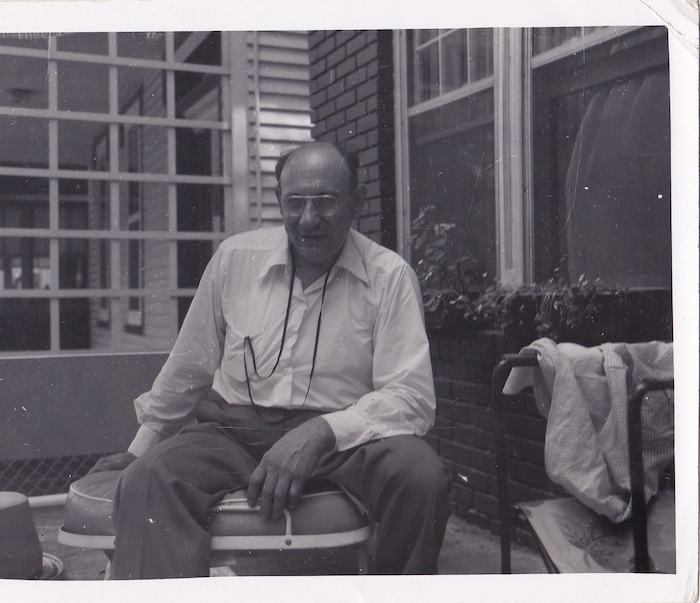 I was very pleasantly surprised when, just days after this tour, I received photographs in the mail of Vito and the dedication ceremony. It was very sweet of her to share these. Here’s Vito! And below is a photograph of the unveiling of the monument  on October 28, 1956. Note the drapery at the base of the monument. And here’s the dedicatory banner. 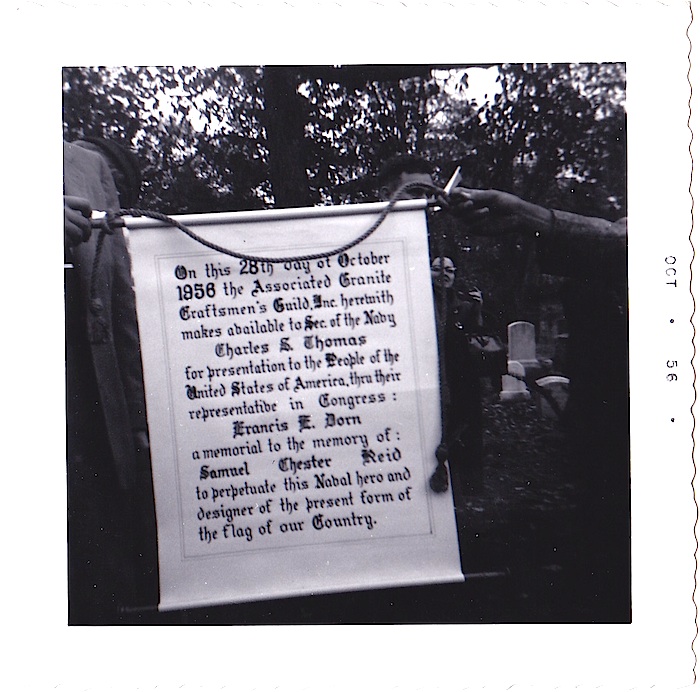 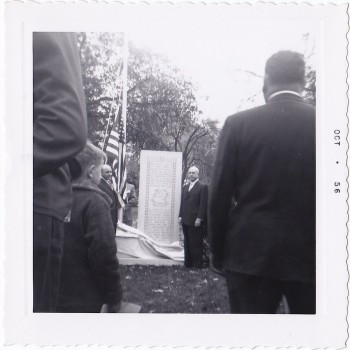 The monument, as it appears today, with flag waving, is pictured above. 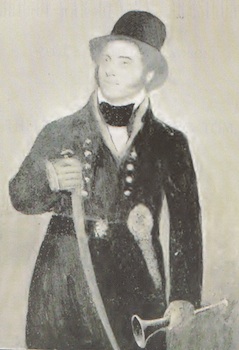 UPDATE: About fifteen years ago, I came across a book, Meyer Berger’s New York. It is a collection of columns, odes to New York City, written by this New York Times reporter in the 1950s. Here’s Berger’s report of October 25, 1956, on the dedication of the monument to Samuel Chester Reid (and here’s a drawing of him):

About a year ago Tom Manning, historian at venerable Green-Wood Cemetery in Brooklyn, discovered the unmarked grave of Capt. Samuel Chester Reid, who designed the stars and stripes that first flew at the Capitol in Washington in 1818.

The Granite Craftsmen’s Guild of New York, made up of some forty dealers in monument stone, designed and has set up in Green-Wood a simple granite monument to mark the forgotten grave. It will be unveiled at 2 o’clock this coming Sunday afternoon. The stone, meant to be everlasting, bears the legend: “Samuel Chester Reid 1763-1861. Designed the flag of the United States of America with thirteen stripes and one star for each state. Approved by Congress April 4, 1818. First flag of this design, made by Mrs. Reid, flown over the Capitol at Washington, Arpil 12, 1818.”

The epitaph also tells how Captain Reid, commanding the frigate General Armstrong, engaged three British men-of-war at Fayal in the Azores on Sept. 26, 1814, and delayed their journey with reinforcements and with military supplies, to enable Gen. Andrew Jackson to win the battle of New Orleans.

4 thoughts on “Long May She Wave!”